Note: This is the fourth of a series of posts covering the definition, development and properties of flow efficiency coatings. Click the button at the bottom of this post to download the full PDF. 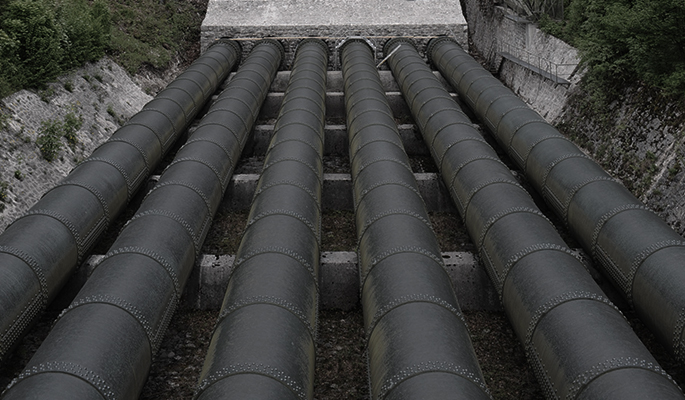 Our series on flow coatings has hopefully been building the case that, when the advantages of flow efficiency coatings are combined with the corrosion-resistant properties of 100 solids coatings, they more than justify the expenditure.

Flow coatings have been shown to reduce both capital and operating expenditures over the long term. A 2000 study demonstrated that flow coatings were capable of cutting friction coefficients by 50 percent in carbon steel pipes.

Another study by Rafael Zamorano shows that a 1,200 km pipeline owned by GasAtacama returned substantial savings by using internal flow coatings. The company reported saving $2.4 million in fuel for compressor stations alone. When this figure was added to reductions in capital and operating costs, savings exceeded $20 million.

Shell Global Solutions was recently able to demonstrate cost savings of 5% on a 250 km stretch of pipeline because flow efficiency coatings allowed them to move to a smaller diameter pipe. France’s Institut Francais du Petrole realized cost savings of 7-14% in lightly corroded pipe and 15-25% in the case of highly corroded pipe.

Fortunately, these higher solid coatings end up covering about twice the surface area of the lower solid option. This turns the price difference into a relative wash. Once the added benefits of a 100 percent solid are factored in—zero VOCs, no loss factors since the components aren’t mixed until the time of the application and added corrosion protection—then 100 percent solids bring far more to the table than their apparently lower-priced counterparts.

The debate over the cost-effectiveness of flow efficiency coatings has raged for some time. But developments in 100 percent solids coatings lead to added benefits as internal pipe coatings that tip the balance in favor of these coatings. Unlike their forerunners, these coatings allow for added mil thickness when corrosion protection is a concern. In addition to increasing hydraulic efficiency and preventing buildup, internal pipeline coatings are now able to provide effective corrosion protection. And given the rise of new forms of oil and gas extraction, corrosive materials will soon be flowing through a lot more pipeline.