Flow efficiency coatings make the inside of a pipeline smoother and thereby reduce operational costs associated with pumping petroleum products.

The elimination of even minor variations on the interior surface can drastically reduce the costs of pumping products through the pipeline. These linings also prevent the buildup of corrosion and deposits, which is especially common when using water-intensive procurement methods like hydraulic fracturing.

The U.S. Department of Transportation’s Pipeline and Hazardous Materials Safety Administration has placed various requirements on corrosion protection based on the materials transported in the line. The International Organization for Standardization (ISO) has also issued guidelines for friction reduction coatings.

For years, the most common formulations of flow coatings were based on low solids epoxies. But regulations governing VOCs emissions at the regional, national and international levels have made these formulations difficult or impossible to use.

In response, some companies have experimented with newer formulas for internal pipe coatings. 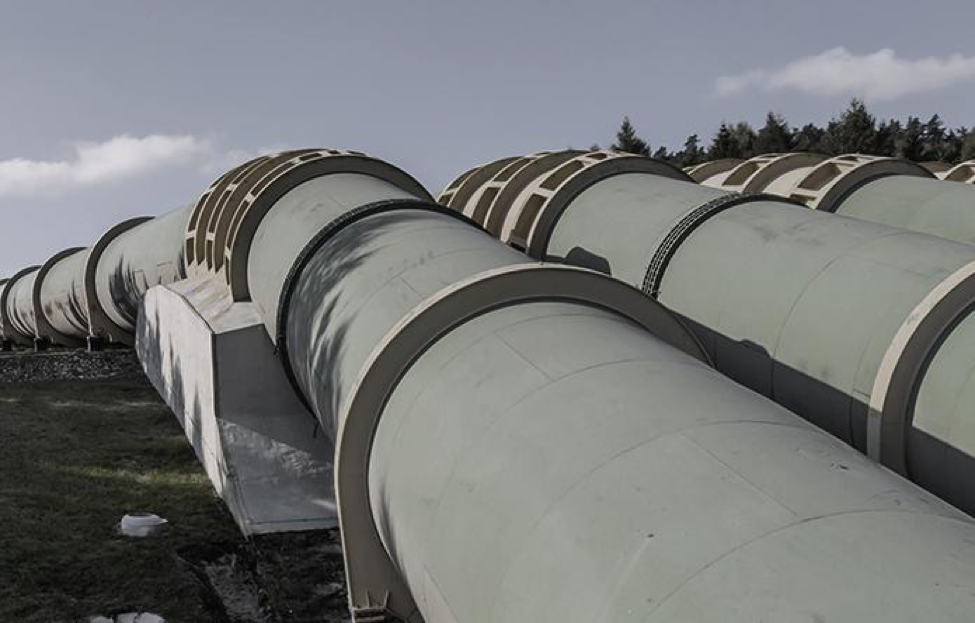 Water-based epoxies emerged early as a potential solution, but water is difficult to remove once the coatings have been applied. In predominantly humid environments, water-based coatings have a tendency not to dry at all.

Plural-component, 100% solids coatings have superseded water-based epoxies to comply with EPA regulations. These have been shown to have quick cure times, regardless of weather conditions. One hundred percent solids can even dry in rain. And of course, because they contain no solvents, they comply with the strictest regulations.

Operations must invest in things like pumps and application equipment to properly implement plural component coatings.

There is another benefit high solids coatings can bring to flow efficiency that may ultimately tip the scales.

Internal pipeline coatings are traditionally divided into two groups: those aimed at improving hydraulic efficiency and those aimed at controlling corrosion. Flow coatings, typically applied at a thickness of around 2 mils, aren’t thick enough to be considered corrosion resistant linings, which are typically around 5 mils thick.

But 100% solids can help close the gap between traditional flow coatings and corrosion resistant ones. Unlike with water or solvent-based coatings, 100% solids can be installed at much thicker levels.

With no water or solvent, there’s no danger of corrosive elements getting trapped within the film. This allows 100% solids to provide added value as internal pipeline coatings, as they increase hydraulic efficiency and fight corrosion. 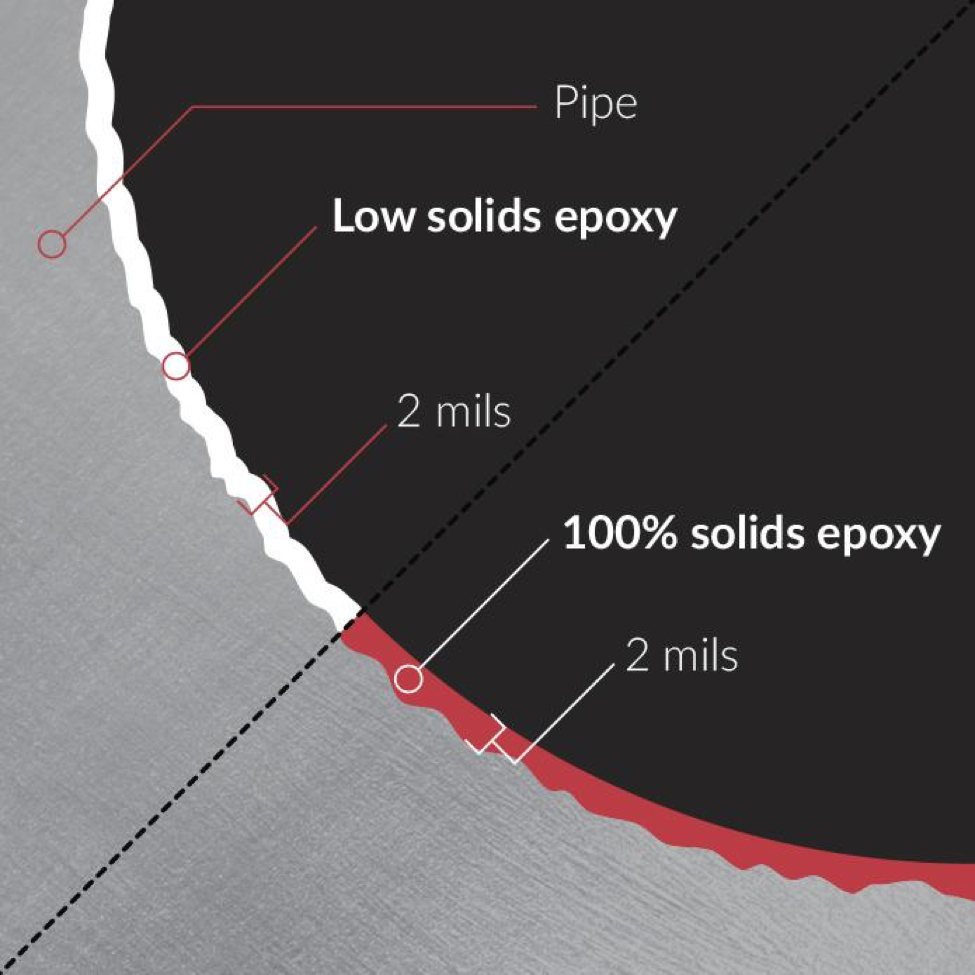 More attention is granted to flow rate and internal corrosion than in the past. But according to a study conducted by the API, corrosion was still the leading cause of leaks by 2012. There were 204 total incidents of internal corrosion between 1999 and 2012. Of these incidents, 31 occurred in portions of pipeline that had intermittent flow and seven in portions that had no flow. In these instances of low to no flow, water is more likely to collect against the side of the pipe, creating corrosive conditions.

The report concludes that while instances of external corrosion continue to be the leading cause of incidents along pipelines, much more has been done to address these external issues. As a result, their occurrence rate is dropping far faster than that of internal corrosion.

Internal anti-corrosion coatings justify their initial expense when the stakes include the cost of a damaged asset, time lost with the asset out of service, leaked material and environmental liabilities. Their value is even greater when combined with flow-efficiency properties.

Flow coatings have been shown to reduce capital and operating expenditures over the long term. A 2000 study demonstrated that flow coatings were capable of cutting friction coefficients by 50% in carbon steel pipes.

Another study by Rafael Zamorano shows that a 1,200 km pipeline owned by GasAtacama returned substantial savings by using internal flow coatings. The company reported saving $2.4 million in fuel for compressor stations alone. When this figure was added to reductions in capital and operating costs, savings exceeded $20 million. 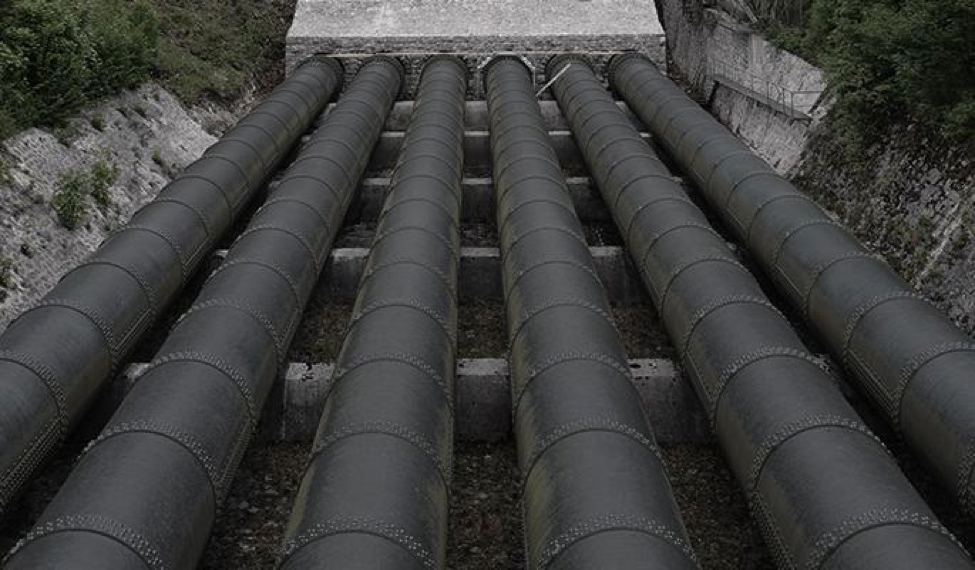 The sticker shock that accompanies these 100% solids can discourage owners from such an investment, despite the returns they offer. On average, 100% solids run around twice the cost of the same amount of 50% solids. Fortunately, these higher-solid coatings end up covering about twice the surface area of the lower-solid option. This turns the price difference into a relative wash.

Once the added benefits are factored in — zero VOCs, no loss factors and added corrosion protection — 100% solids bring far more to the table than their apparently lower-priced counterparts.