In 1991, the United States’ top industrial coatings manufacturers were presented with a problem: how to specify a surface preparation and coating system for corrugated steel decking put at risk of corrosion by Phenolic insulation.

Phenolic insulation became popular in the 1980s as a thin board that could meet the increased energy-saving demands of the day and fit within the constrained spaces older buildings offered for insulation.

It wasn’t until after many Phenolic insulation systems were put in place that the industry realized it creates sulfonic acid when exposed to humidity or direct moisture, like when a roof leaks.

In a short time, the acid begins to eat holes in standard painted deck and/or galvanized decks. Phenolic insulation also has a history of crumbling and easily crushes when walked on, leaving a residue on the decking. In order to prevent corrosion in this application, we would need to remove all the residue, which is not practical.

But corrosion can’t form without oxygen, moisture and a catalyst. In our case, the catalyst is the Phenolic insulation residue and the sulfonic acid. So the easiest way to prevent corrosion is to use a high-build barrier type coating to stop moisture from contacting the sulfonic residue and steel.

Beazer East, the incorporation that organized and led the 1991 endeavor, stipulated that the coating had to be applicable to painted steel and galvanized steel decking.

Many of the industrial surface preparations, such as abrasive blasting or water washing, are not practical for this application. Regardless of what surface preparation is chosen, it would probably be cheaper to remove and replace the deck than make certain that every bit of acidic residue is removed.

(For our surface preparation specification, we clean surfaces with the Steel Structures Painting Council SP-2 hand tool or SP-3 Power-tool.)

The profile or depth of the corrosion in decking corrosion samples ranged between 2 and 8 thousandths of an inch. So our minimum dry film thickness was at least 9 mil. That requires a high-build coating that is surface tolerant so it can be applied over existing corrosion and residue, as well as existing coatings and galvanized decking.

Phenolic insulation boards will hold around 10 times their weight in water, allowing it to stay wet and continuously corrode the deck. 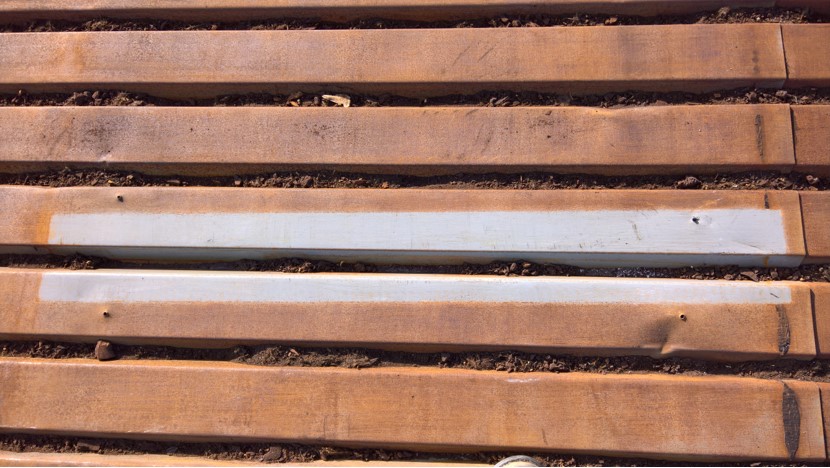 This is typical of active corrosion damage from top (flange), down the slope (web) and into the bottom (flute). The phenolic foam dust must be washed from the deck. The previous roof system was mechanically attached using screws that penetrate the decking. In areas where the roof leaked, these fasteners/screws can be completely corroded through, leaving just the screw head and washer. 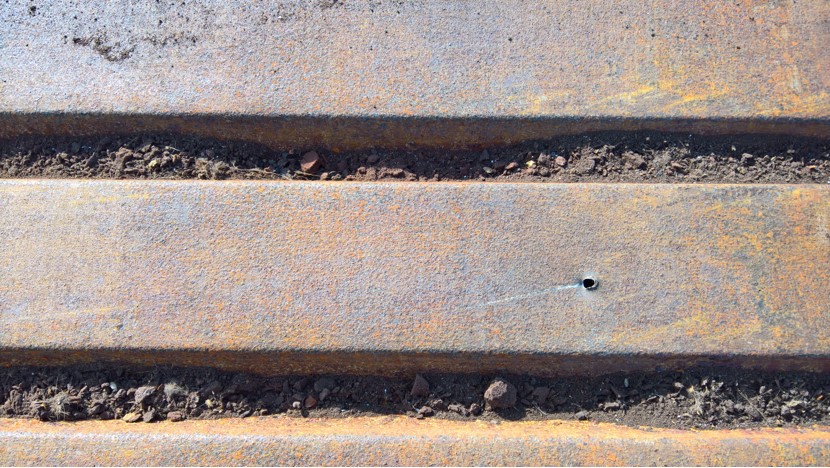 The beginning of stratified corrosion. Beyond this degree of corrosion, a consultant would recommend either removing the section of deck or preparing, coating and overlaying the area. 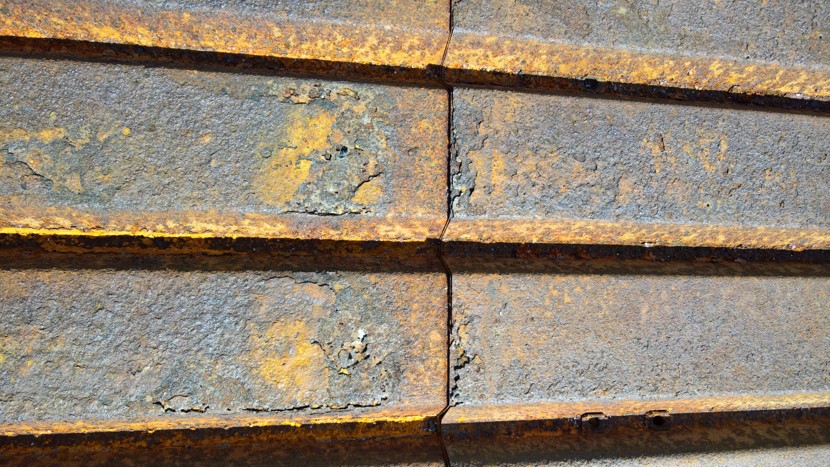 This section of decking has been completely corroded through. It was prepared, coated and overlaid with new decking. 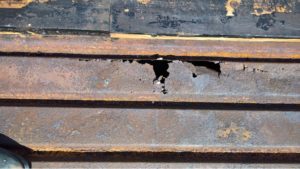 Products such as acrylic or oil-based (alkyd) primers were ineffective for several reasons:

In all three of these cases, applying the coating at a greater film thickness than designed in the formulation process will cause solvent entrapment due to the lower volume solids.

Overapplication will lead to continued corrosion, because the film becomes very porous as the solvent bubbles/blisters work to the top of the film. A cross section of these films looks very much like Swiss cheese. Epoxies can cause osmotic blistering as the uncured coating pulls moisture through the film and back down to the substrate (decking).

Not all higher build epoxy mastics are surface tolerant; many are formulated to be a build or mid-coat in a three-coat system or as part of a lining system where chemical immersion will be the end application, requiring abrasive blasting and the removal of all contaminants to clean the steel.

The coatings have been tested on steel decking removed from buildings with Phenolic insulation, and meet the requirements for build and surface tolerance.

When deciding on a coating, we looked for surface tolerance moisture impermeability, adhesion, film thickness and ease of use.

We had to keep in mind that the coatings would be applied by roofers, not professional painters. In most cases, these roofers must learn how to prepare the decking, properly apply the coating and use the spray application equipment.

We considered how easily the coatings are blended (aka handle) how easily and with what type of equipment they can be sprayed (standard airless or plural component), the pot life or working time before the coating sets and cannot be used and if there are any limitations due to weather.

There are many differences between the two coatings.

The first epoxy recommended/used, Sigmacover 7428 ST, has been discontinued. So we moved on to US Coatings DeckGrip 6120, an 85% volume solids surface-tolerant, high-build epoxy which is applied at 12 to 14 wet mils and curing to between 10.2 and 11.9 mils.

The second coating that we recommended/use is Sigmacover Cold Solvent Free 5484, which will cure at ambient temperatures.

The DeckGrip is a 100% volume solids high-build, surface-tolerant epoxy that produces little odor. It’s applied at 14 to 16 wet mils, curing to 14 to 16 dry mils. The ingredients of the product are very low odor. The GripLine family of products are used extensively as tank linings ranging from potable water to refined crude oil products. We recommended this product as it met all of the requirements with little odor.

The DeckGrip has been used for the past several years on facilities where odor and airborne solvents are an issue, such as pharmaceutical, produce, brewery, grocery, hospitals and office building/complexes (including the Youngstown, OH Postal Clearing Center).

It would be easier for us to use the CSF 5484 or CSF family of products on all Phenolic projects, but the cost is almost twice that of the standard epoxy, and in a number of cases, this low-odor product is not necessary.

Coatings testing: Both of these coatings were applied to samples of decking removed from buildings that were being remediated. The panels were separated by degree of corrosion ranging from very little corrosion to being corroded to the point at which the decking should be replaced rather than coated.

Half of each panel was hand prepared as per SSPC- SP-2 and the two coatings were applied at the recommended film thickness. The panels were then laboratory tested in 100% condensing humidity.  After 2,000 hours, the panels showed no blistering or delamination (loss of adhesion) or other failures.

In 14 years and over 3,500 Phenolic deck remediation projects, no system that we have recommended has failed. In those years, we have supplied over 700,000 gallons of epoxies to projects involving deck remediation where the deck was exposed to and was in direct or indirect contact with Phenolic insulation.

With the John’s Manville projects that we have completed, the Sigma Coatings/US Coatings have been specified by architects, engineers and roof consultants. These specifiers consider the products, application, performance and the field personnel put in place to aid the contractor in project start up.

The US Coatings company gives a warrantee against active corrosion on every project that includes their coatings.