VOC regulations and what they mean for manufacturers 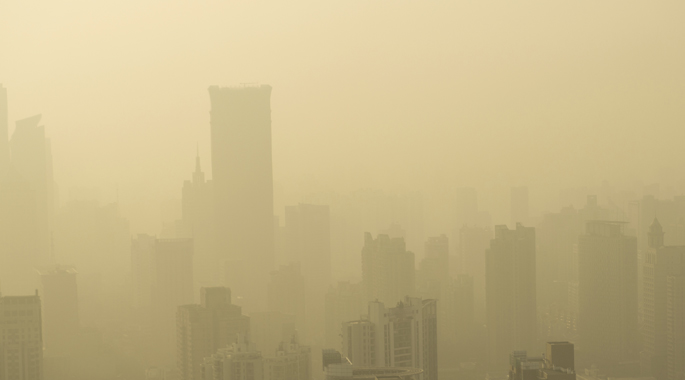 Volatile organic compounds, or VOCs, are commonly emitted from everything from aerosol deodorants to household cleaning supplies. But because VOCs contribute to the buildup of ground-level ozone, VOC regulations exist in industries where they may be released in large enough quantities to constitute a substantial health risk.

According to the EPA, ground-level ozone results from a reaction between oxides of nitrogen and sunlight. It can make breathing difficult and is associated with a host of respiratory issues. Residents of some large cities, such as Los Angeles or Beijing, will be familiar with the buildup of smog over the city skyline, especially during periods of sunny weather. VOCs are, in essence, a main ingredient of smog. But whereas Los Angeles began to regulate emissions in the 1970s and the parts per million of ground-level ozone have fallen ever since, Beijing has only recently enacted emission controls and still sees exceptionally smoggy days.

Though inventions like the catalytic converter have been instrumental in cutting pollution, so too have regulations on the output of VOCs in industrial settings. While VOC regulations may sometimes be a thorn in the side of high-output facilities, they’re nothing compared to the health effects that can result from heavy exposure to ground-level ozone from VOCs.

Coatings manufacturers are limited in the number of VOCs they may put in their coatings by the EPA’s Architectural Coating Rule for Volatile Organic Compounds. Enacted in 1998, this subset of the earlier Clean Air Act sets nationwide rules for the manufacture, labeling and packaging of coatings intended for use on any stationary structure. This category includes what are typically thought of as industrial coatings.

Additionally, nearly every industry has its own regulations controlling for VOC emissions. State regulations must meet what the EPA calls Reasonably Available Control Technology (RACT), or the lowest VOC emission levels that can be achieved given technological and economic considerations. Some states and counties, however, go even further. States like Pennsylvania and California have enacted VOC regulations that are far tougher than the EPA’s.

How low-VOC products can help business

VOC regulations don’t have to be the limiting factor in production for manufacturers. OEM and other operations using large amounts of industrial coatings have low-VOC options. These can help keep manufacturers running at full bore, while allowing manufacturers to continue doing business as usual.

We’ve written on this blog before about 100% solids coatings. These are coatings which contain no solvents, and hence no VOCs. While it is true that these coatings tend to come with a higher sticker price than a similar coating containing VOCs, they also tend to cover a much greater surface area. In many cases, this can make the price difference a relative wash.

Water-based coatings are another option for manufacturing operations to reduce their VOC output. While these coatings may have had longer curing times in the past, newer, hybrid formulations and other methods of forced curing have largely made this issue irrelevant. These products can also help to remove the need to artificially slow production in order to stay beneath VOC emission limits.

If you’re interested in discussing low or zero VOC coatings further, we’d love to talk. You can get in touch with us here.