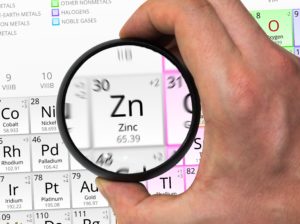 There is an age old debate regarding galvanizing steel versus using inorganic zinc primers for protection against corrosion in exterior environments.  Below is a selection from a NACE (National Association of Corrosion Engineers) publication discussing the subject. The text is widely accepted as the most comprehensive guide to corrosion engineering.

They are two entirely different concepts of coating, even though they both rely on metallic zinc for the basis of their corrosion resistance. Both are chemically bonded to the metal surface, the galvanizing by an amalgam of zinc and iron, while the inorganic coating is bonded by a chemical compound of iron and silica. Actually galvanizing can be considered an inorganic zinc coating, and in many ways, it will do the same things that an inorganic zinc-rich coating will do.

There are also some basic differences. The zinc in an inorganic zinc coating is not continuous as it is with galvanizing. It is made up of individual zinc particles which are surrounded by and reactive with an inert zinc-silicate matrix. This matrix is very chemically inert and except for strong acids or alkalies, is unreactive with most environmental conditions where coatings would be used. This does not mean that in an acid atmosphere the zinc in the inorganic zinc coating might not be dissolved. However, because it is in a chemical-resistant matrix as discrete particles completely surrounded by the matrix, the solution of the zinc is slowed down in a major way. On the other hand, zinc in galvanizing is pure zinc, and any acid in the atmosphere reacts directly with it with no inhibition of the reaction, as in the case in the inorganic zinc coating. This is an important difference between the two materials and is the reason why, under many difficult corrosion conditions, the inorganic zinc coating will have a much longer life than the galvanizing under the same conditions. This has proven to be the case not only in laboratory testing over a number of years, but also in both industrial and marine atmospheres.

Inasmuch as the zinc in a zinc coating is surrounded and interlocked into an inert matrix, the coating has controlled reactivity and controlled conductivity. (Testing) has shown that the metallic zinc was considerably more reactive than the zinc which was protected by the inorganic zinc matrix.

While galvanized surfaces provided a malleable zinc surface, the inorganic zinc coating, because of the hard, rock-like character of the zinc silicate matrix, results in a much harder and more abrasion resistant coating than metallic zinc. All the above differences generally indicate, on an exposure-for-exposure basis, that the inorganic zinc will tend to have a longer life span under more conditions than will the normally galvanized steel surface.”

So what does this all mean for my project? An inorganic zinc coating offers both chemical and galvanic protection with that a 1 mil layer pure zinc used in the galvanizing process cannot and does not offer the abrasion and chemical protection of an inorganic zinc primers.

Your guide to a painless painting project

Successful painting projects are about more than just paint. Here’s our guide to crafting an industrial painting program from start to finish.